A list of local groups, societes and national associations

The Berkshire Local History Association (BLHA) was founded in 1976 to encourage interest in local history in the county, both before and after the 1974 boundary changes. This includes education and training, research, and publication.

It provides a common meeting-ground for individual members, the various local history societies and groups within the county, and the professionals working in archives, museums, and education.

They publish a newsletter three times a year and it is available to view online here.

Berkshire has a rich heritage of parks and gardens of national significance, many of which have splendid designs and plant collections and are regularly open to the public. Membership of the Berkshire Gardens Trust gives you the opportunity to visit these parks and gardens and you may be able to research their history or contribute to their conservation and restoration.

CPRE campaign for a beautiful and living countryside. They work to protect, promote and enhance our towns and countryside to make them better places to live, work and enjoy, and to ensure the countryside is protected for now and future generations.

Formed in 1988 by Amenity Societies keen to pool their experience and share their expertise, the Association offers members an advisory service, a programme of instructive seminars and a Newsletter covering the latest information about conservation and development. Membership is open to Town and Parish Councils and Amenity Societies in all historic villages and small historic towns. The Association also welcomes individuals as friends and District and County Councils as Associates.

The Association receives grant aid from English Heritage. With this grant they are improving their service to their members. Small towns and villages make an important contribution to the historic environment but they are also home to many hundreds of thousands of people whose interests they represent.

The Association will be considering the impact of proposals for enlarging the capacity of British airports on small historic towns and villages in potential flight paths. The Association will also be assessing the quality of living within conservation areas, taking examples from member societies and councils.

The work of the Georgian Group is informed by two charitable objectives:

English Heritage cares for over 400 historic buildings, monuments and sites - from world-famous prehistoric sites to grand medieval castles, from Roman forts on the edges of the empire to a Cold War bunker.

They protect an internationally-important collection of historic sites and artefacts which span six millennia, from the ancient past to the present day and include palaces, houses, hill figures, castles, abbeys, industrial sites, Roman forts and even deserted medieval villages. They have now embarked on the largest conservation programme in their history, with highly skilled conservation work to be carried out on an unprecedented scale.

English Heritage is a charity, independent of government.

The Heritage Gateway is managed by Historic England in partnership with ALGAO and IHBC. The website provides access to local and national records on the historic environment including the following resources:

Historic England are the public body that looks after England's historic environment. They champion and protect historic places, helping people understand, value and care for them.

This website has a searchable list of all the listed buildings and sites in England and also will guide you through making an appication to nominate a site that is not already on the list.

The Society for the Protection of Ancient Buildings spab.org.uk

The Society for the Protection of Ancient Buildings is involved in all aspects of the survival of buildings which are old and interesting. Their principal concern is the nature of their "restoration" or "repair", because misguided work can be extremely destructive. They maintain that the skill lies in mending them with the minimum loss of fabric and so of romance and authenticity. Old buildings cannot be preserved by making them new.

The Society was founded by William Morris in 1877 to counteract the highly destructive 'restoration' of medieval buildings being practised by many Victorian architects. Today it is the largest, oldest and most technically expert national pressure group fighting to save old buildings from decay, demolition and damage.

The Victorian Society is the charity championing Victorian and Edwardian buildings in England and Wales. Their Conservation Advisers help local planning authorities and churches to make better decisions about adapting Victorian and Edwardian buildings to the way we live now, while keeping what is special about them. They also seek to engage the public in our campaigns to help increase the likelihood of conserving buildings. 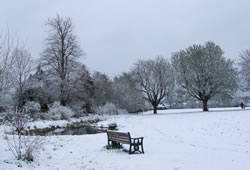 Ali’s Pond was established by Sonning Parish Council in March 1997, following an ecological survey of Sonning parish, which confirmed that, apart from the River Thames, the village had very few areas of high conservation value with easy public access. Since then, various activities have been implemented to enhance the area and increase community involvement in its management and use, including pond creation, hedgerow and tree planting, wildflower planting, bird and bat box installation and erection of information boards. These works have been funded by a variety of sources, including Sonning Parish Council (who own the land), Sonning Fire Brigade Trust and the Sonning Village Scarecrow fund.

Founded in 1988, the Barn Owl Trust is a small national charity working very hard to conserve one of the most beautiful birds on Earth. Anyone who has ever watched a wild Barn Owl hunting at dusk has surely been touched by the experience. Sadly, these magical birds have become increasingly rare – and the reasons are all man-made. Lack of food due to intensive farming, the loss of roost and nest sites, road mortality and rat poison, are the main factors to blame.

They are a small team of professional staff and volunteers, a grass-roots, non-profit organisation, based on the edge of Dartmoor in Devon.

The Berkshire, Buckinhamshire and Oxfordshire Wildlife Trust was founded in 1959 (as the Berks, Bucks & Oxon Naturalist Trust - BBONT) by local ecologists who could see the extent of harm being done to the wonderfully rich natural environment of the three counties. For more than 55 years we have worked with local people to make Berkshire, Buckinghamshire and Oxfordshire rich in wildlife.

They work to give wildlife a helping hand across the three counties. This includes monitoring species and running projects to support declining species such as water voles, and threatened habitats such as chalk grassland. Looking after 86 nature reserves. They offer advice to individuals, planners, developers and land owners about how to protect and enhance gardens and habitats for wildlife.

The Berkshire Ornithological Club promotes education and study of wild birds and their conservation in Berkshire. Anyone interested in birds and bird-watching is welcome: beginner or expert, local patch enthusiast or international twitcher. There is a full programme of events, with illustrated talks at the University of Reading from October to April and excursions, including overseas visits, through the year.

The Club supports conservation through its small grants fund and by surveying and habitat management work in the field. We seek to collaborate with landowners, local authorities and developers to whom we can provide advice and data to help bird conservation, and with others interested in protecting the natural world.

Under licence from Thames Water, the Club issues permits to members for Queen Mother Reservoir, the largest area of open water in Berkshire.

The Woodland Trust is the UK's largest woodland conservation charity.

With over 500,000 members and supporters and more than 1,000 sites, covering over 26,000 hectares, all over the UK. We protect and campaign on behalf of this country’s woods, plant trees, and restore ancient woodland for the benefit of wildlife and people.

Our vision is a UK rich in native woods and trees, for people and wildlife.

The Berkshire Family History Society seeks to advance education of the public in research into family history and genealogy, primarily but not exclusively within the boundaries of the pre-1974 Royal County of Berkshire; and to work to promote the preservation, transcription, indexing and ready public accessibility of related records and information

The Society offers a free research centre in central Reading adn access to online resources to help research ancestry as well as former relatives in Berkshire.

They hold monthly meetings at at the Church of Jesus Christ of Latterday Saints, 280 Meadway, Tilehurst RG30 4PE. Doors open at 7pm for a 7.45pm start. All are welcome – free entry, but donations gratefully received.

The Berkshire Local History Association (BLHA) was founded in 1976 to encourage interest in local history in the county, both before and after the 1974 boundary changes. This includes education and training, research, and publication.

It provides a common meeting-ground for individual members, the various local history societies and groups within the county, and the professionals working in archives, museums, and education.

They publish a newsletter three times a year and it is available to view online here. 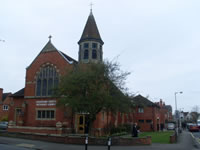 The Society was founded as an historical lecture society in 1975, and we have an active membership with an interesting and varied timetable of events.

We meet on alternate Wednesdays from September until April, and during this time there will be several trips to places of interest, to theatre venues, and a mini-break in the Spring.

Civic Voice works to make the places where everyone lives more attractive, enjoyable and distinctive. They speak up for civic societies and local communities across England. Promote civic pride. Civic Voice are the national charity for the civic movement and have a strong local presence.

Civic Voice is a small light footed organisation, a national voice with a strong local presence, they make a difference where it matters. Lobbying in Whitehall and Westminster, campaigning with local volunteers, speaking out in the media, undertaking research, building partnerships and promoting civic pride.

The Society is based in the rural village of Hurst in the Royal County of Berkshire, England. The primary concern of the Society is to protect the physical environment and maintain the rural aspect of the area. It aims also to promote greater use of the village amenities and services and to encourage their expansion.

The Society endevours to review all Planning Applications submitted for Hurst and those in neighbouring Parishes which are likely to have an impact on Hurst. The Society makes its views known to the Planning Authority if it is of the view that an Application may have a detrimental effect upon the village..

The Reading Civic Society was formed in 1962 to fight a wave of insensitive development that threatened to destroy much of the town’s historic centre.

Their role is to scrutinise new planning proposals; promote conservation not only of historic buildings but also of the town's waterways, parks and street landscapes; and to encourage good design in new developments.

The River Thames Society was formed in 1962 to conserve the river for future generations and represents all river users whether they be fishermen, walkers, boat owners or just interested in its very rich history, traditions, flora and fauna.

The aims of the society are to protect the natural beauty of the river, adjacent lands and buildings of historical and architectural interest and to promote nature conservation; to support and contribute to the efforts of other organisations; to preserve and extend amenities and to encourage the use of the river for all purposes.

Set up to protect the Oxfordshire hamlet of Sonning Eye from the ramifications of the gravel extraction from Sonning Quarry.

The object of the Wargrave Local History Society is to provide a common meeting ground for the study and discussion of, and research into, history in general, and of the local area in particular.